There used to be a Walmart right here. But it was too small. 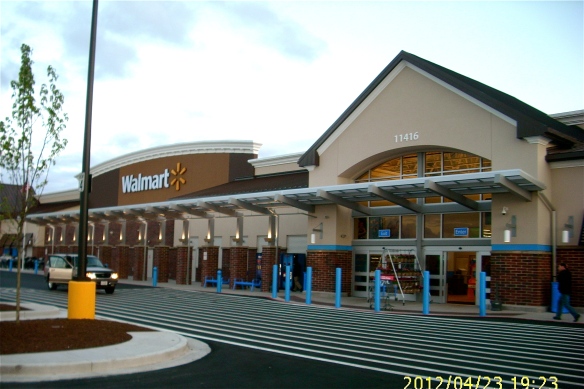 They built a brand new Walmart Superstore, right behind the “old” Walmart. The new store is bigger and better than the old one. Isn’t it beautiful? It’s a monument to American consumerism. Walmart sells everything you need or want. And also everything you don’t want, but might want in the future. Walmart has a wide variety of merchandise. And of course, low prices. And jobs, I hear, lots of jobs. What more could you ask for? 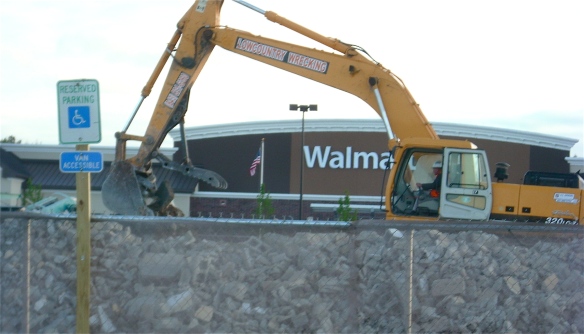 Soon as the new Walmart opened, demolition of the old one commenced.

It didn’t take long to build a pile of rubble on the site of the old Walmart.

It’s dusk at the Walmarts, but the work never ends.

Open for business during “creative destruction.” 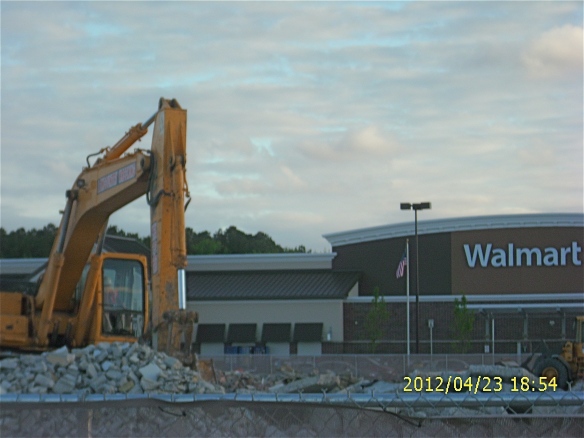 It’s a big job, but somebody has to do it.

The new Walmart has plenty of parking, modern service roads, and a demolition project between the new store and the new parking lots. It’s more on the scale of an AIRPORT than a SHOPPING CENTER. Shuttle buses move customers from the parking lots to the store. And back. More than one shuttle bus. More than two. No lines, no waiting, except sometimes at the checkout counters.

Actually, it’s nicer than an airport shuttle. The interior is more like a limo than a bus.

Hard to tell: Is that a setting sun or a rising sun? What do you think? Please comment below.

— PHOTOS AND STORY BY JOHN HAYDEN

2 thoughts on “Walmart And The American Dream”