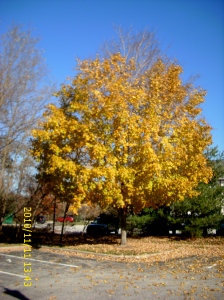 THE AUTUMN OF LIFE MIGHT INVOLVE SOME LOSSES AND SOME LETTING GO. DO YA THINK?

That the second half of life is “different” is, of course, obvious. But what are the differences, what are the adjustments we will have to make? These are not idle questions, for mature people trying to cope in the complex and confusing world of the 21st Century.

I’ve been thinking for some time that this Consternation blog — Consternation from the perspective of a Baby Boomer over 60 — ought to take a stab at these questions.

LIFE CAN BE A FEAST AT ANY AGE, EVEN IF IT'S HOMEMADE SOUP WITH A GLASS OF WINE.

Let’s start by clarifying the questions that I hope to examine, with your help. First, it seems more useful to look at life in thirds, and to say that the third one-third of life is different from the first one-third and the second one-third. Exactly what are the differences?

What are the conditions of life at each of the three stages? What are the problems, the challenges, the work you need to accomplish? Retirement does not necessarily mean the end of work. Particularly important, what are the changes you have to make, and the changes you have to accept, in the third part of life? Let’s stipulate that we Baby Boomers are probably going to continue to learn and grow, even this late in the game. Especially this late in the game.

Let’s acknowledge that the third part of life is going to bring some losses, some goodbyes, some letting go.  We’ll have some sadness, I expect, but hopefully also some joy and accomplishments. I hope for connectedness, rather than isolation. I imagine that a sense of connectedness and belonging will be very important.

AT MY AGE, YOU CAN TAKE A NAP WHENEVER YOU WANT. PAY NO ATTENTION TO THE GRAY HAIR. WAKE ME UP IN TIME FOR SUPPER.

The following video, which I stumbled upon at the Rowdy Kittens blog, might give us a common starting point, and some thoughts to ponder. It’s a talk by Brene Brown. She begins with the statement that, “Connection is why we’re here,” and goes on to issues of disconnection, shame, worthiness, belonging, and vulnerability.

The video is only 20 minutes long, and I hope you’ll give it a listen. Ms. Brown offers many insights on the human condition. She says that vulnerability is the core of shame, and vulnerability is also the birthplace of joy. I have no doubt that many Baby Boomers will have a sense of increasing vulnerability in the third part of life. Perhaps we will be able to embrace it as an opportunity.

Thanks to Rowdy Kittens and to the TED Web Site (“Riveting talks by remarkable people, free to the world”) for making Ms. Brown’s insights available to all.

I have no idea how many posts it’s going to take to examine the issues of the third part of life. I’m not prepared to venture any further in this post. Whether or not you listen to Ms. Brown’s talk, I hope you’ll consider offering some of your own thoughts in the comments area below. Your participation is welcome.

1 thought on “What Boomers Can Look Forward To, As We Grow Into The Third Part of Life”