If it’s true that a person can be known by the friends he keeps, voters will be impressed by the endorsements of Joe Biden’s friends this week. 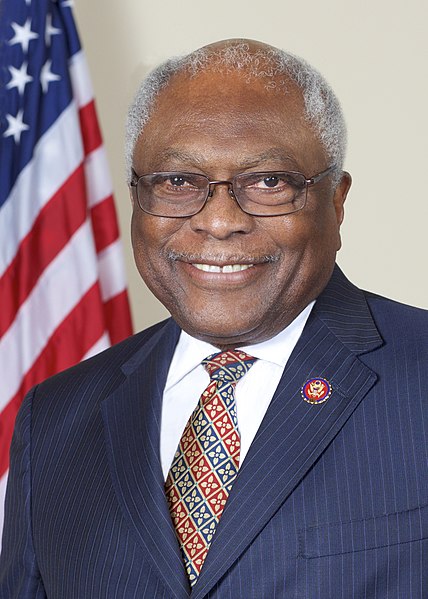 Rep. Jim Clyburn is revered by South Carolina’s African-American electorate, and his timely endorsement of Joe Biden would seem to ensure a Biden victory in the South Carolina Democratic presidential primary Saturday.

Now comes Virginia Sen. Tim Kane’s endorsement on the eve of the primary, providing an additional gust of wind for Biden as he sails into Saturday’s election.

The possibility of Bernie Sanders continuing his winning streak in South Carolina now seems remote. I venture to say it has evaporated.

What if Bernie runs far behind Joe, or if Bernie falls to third place behind Tom Steyer, who has poured part of his fortune into South Carolina advertising? Stop me from speculating further. What seems clear is that no one can predict what will happen a few days from now, when 14 states vote on Super Tuesday.

Cable news pundits have been ranting and fuming for a week, made crazy by the assumption that Bernie Sanders was about to run up an insurmountable lead in Democratic delegates. (MSNBC seems to have given up all pretense of impartiality. Their hair is on fire.)

Sanders still might impress on Super Tuesday. Or Joe Biden might rise again, or Elizabeth Warren. Or even, heaven help us, that billionaire, Mike Bloomberg. (I can’t claim impartiality, by the way. The thought of Bloomberg buying the White House sets my hair on fire.) It bears repeating, no one can predict beyond South Carolina. Let’s wait for the voters, even in South Carolina. Please pass the fire extinguisher.

Some endorsements really do make a difference

Jim Clyburn and Tim Kane are household names in their own states. Clyburn, a civil rights-era icon, is also well-known to African-Americans throughout America. He is the third-ranking leader in the House of Representatives. His endorsement of Joe Biden as a friend — a man he knows and trusts — was moving, to say the least. Clyburn’s heartfelt endorsement will not go unnoticed in South Carolina on Saturday.

Tim Kane is a U.S. senator from Virginia, and before that, Virginia’s governor. It’s because of leaders like Kane that Virginia has changed from a red state, to purple, and now to at least light blue. Tim Kane was Hillary Clinton’s vice presidential running mate in 2016. He’s a politician of national stature, even though not well-known nationally.

I doubt that Kane’s endorsement of Joe Biden will have as strong an impact as Clyburn’s. Nonetheless, Virginia and North Carolina are two of the states that vote on Super Tuesday. (Four days from today.) Kane is well-acquainted with the three U.S. senators still in the presidential chase, as well as with Biden. So I have to respect his opinion as based on knowledge.

Tim Kane’s support for Biden will influence at least a few voters in Virginia, where Biden needs all the help he can get to overcome the advertising bought by Mike Bloomberg’s money. Billionaire Bloomberg thinks he can buy anything, including Congress and the Presidency. Kane’s support will also be noticed in neighboring North Carolina.

Jim Clyburn’s support for Biden might also cross the South Carolina state line, and influence voters in North Carolina on Super Tuesday, and in Georgia, which votes March 24.

California and Texas both have enormous troves of delegates in the Super Tuesday sweepstakes. Sanders has been working hard and spending money in both those states. And Bloomberg is heavily invested. Maybe by late Tuesday night we will begin to know who has the most friends among the vast rank and file of voters.

But even California and Texas together will not be decisive.