In my local community, I’ve heard many explanations, often seasoned with a teaspoon of blame, on how and why Donald Trump prevailed in this week’s presidential election.

Or, small-town and rural America defeated the big cities.

Or even, less-educated voters — those without a college degree — elected Trump.

In my opinion, it is more accurate to say that the neglected, aggrieved working class revolted against the Democratic Party and against the perceived elites. END_OF_DOCUMENT_TOKEN_TO_BE_REPLACED

The exceedingly strange election season of 2016 has left me uncharacteristically speechless.  Not to worry, I haven’t disappeared. Simply keeping a low profile on the blogosphere until the unpleasantness is over.

Early voting starts today in Maryland, and I plan to vote for Hillary Clinton tomorrow.

Maybe 2016 will fade quickly like a bad dream.  Maybe the storm will pass and American politics will regain some sanity and civility.  We can only hope.

2018 Note: this post, which seemed so right at the time, only proves that I am often wrong.

Sen. Tim Kaine of Virginia has just removed all doubt about the outcome of the 2016 presidential election.

I watched and listened to Donald Trump’s acceptance speech at the Republican convention Thursday night. END_OF_DOCUMENT_TOKEN_TO_BE_REPLACED

Give Justice A Chance

But more importantly, Bernie continues to run because he hopes to imprint his values and issues indelibly on American politics.

Bernie wants to establish a left-of-center political movement that will live on long after the 2016 primary season is over. END_OF_DOCUMENT_TOKEN_TO_BE_REPLACED

This post from The Green Study is a “helpful” meditation for Super Tuesday. Most of the political vitriol that passes for news on “Cable News” channels in election year 2016 is not helpful.

Thanks to Michellle for a post that will help us keep our sanity for the balance of the election year. 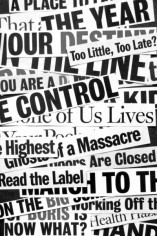 It was a mild day for February in Minnesota yesterday. The sun was out and the birds were already doing their territorial and mating songs. After skimming the news for the day, I needed a walk. My mood was dark, as it usually is after taking in the shootings, the bloviating politicians, the wars and violations of human rights around the globe. As someone prone to depression, I have to fight the sense of desolation.

An alarm often goes off in my brain. Do something! Do something! I have that mentality of trying to fix, mediate, improve, or intervene, which leaves me a paralyzed, impotent ball of anger in the face of overwhelming and constant bad news. I thought about writing letters to Congress, refusing to buy certain products, running for local office, donating money to this cause or that. Bandages for my ego and drops in a bucket.

Meet Grandfather. His mind is sharp as a tack!

The question of the week: Is Bernie Sanders electable in a General Election???

The implied assumption is that a Democratic-Socialist from Vermont could not survive in real-world politics, with “real world” defined as the part of America outside New England. See an interesting discussion over at Clarissa’s Blog.

It is true that Bernie would have a hill to climb to persuade 51 percent of American voters to support him. But wait! Every presidential candidate must climb that hill. Would it be more, or less, difficult for Donald Trump to achieve 51 percent support in the General Election? How about Ted Cruz?

In Sanders vs. Trump OR Sanders vs. Cruz, both the Democratic and Republican nominees would be unconventional candidates. Maybe even strange candidates. In a normal election year, none of the three would stand a snowball’s chance of winning a major-party nomination.

The scenario is, we have a strange, unprecedented election in front of us. Totally unpredictable. But we can take a look at a number of obvious political factors. END_OF_DOCUMENT_TOKEN_TO_BE_REPLACED

“I have been in Iowa for nine months now, and everywhere I go I see signs that Bernie is going to win. I see Bernie buttons on cashiers in checkout lines, and anytime I have Bernie gear on people compliment it.

When I cover various political events, a lot of the crowd is usually undecided or checking out the candidate. Not at Bernie events, where the crowds are excited and committed to the Bern.”

Reported by a clearly biased observer in Iowa. His view tends to support news reported in the MSM. From a post by Scott Galindez. Read his full post here.

Sen. Bernie Sanders announced today that he will run for president of the U.S. in 2016.

I could support Bernie Sanders for president. Let me think about it.

For video of the Sanders announcement, see Politico.

I’ve been a participant-observer in Democratic Party politics for a long time. Usually, I think long and hard when two or more Democrats are competing for the same office.

Thinking back to 1968, I was a Democratic college student during the Vietnam War. Like many students, I supported Sen. Eugene McCarthy, the peace candidate, for president, My memory is unreliable, but after Bobbie Kennedy entered the battle for the Democratic nomination, I was torn between McCarthy and Kennedy. It was a tough decision, and I don’t remember which way I came down. I also respected Vice President Hubert Humphrey, the more traditional candidate that year. Bobbie Kennedy, of course, was assassinated after the Democratic primary in California. Humphrey won the nomination in Chicago, while the Chicago Police Department ran riot amidst protesters on the streets. Humphrey lost to Republican Richard Nixon in November.

OK, I’ve thought about it. I believe I’ll support Sen. Bernie Sanders for president of the U.S. in 2016. Things can change. I might change my mind. But I doubt it.

I believe Bernie Sanders could win a Democratic primary election in my state, Maryland. A U.S. Senator named Barack Obama upset the establishment candidate, Hillary Clinton, here in 2008. It has happened before; it could happen again.

A quote for Democrats to think about from The Washington Post blog, The Fix:

“Sanders will be the beating heart of the party while Clinton will, always, be its head.”

May you live in interesting times. More later. Anyone else ready and willing to commit to a candidate?

I'm nearly seventy and keeping life simple, somewhere on the Gulf Coast of Florida. Do not drive or operate power tools until you know how this blog affects you.