Didn’t President Eisenhower warn us about this?

President-elect Donald Trump’s most notable Cabinet appointments so far divide about equally into military leaders and captains of industry and finance. Does a general outrank a captain of industry, or vice versa? END_OF_DOCUMENT_TOKEN_TO_BE_REPLACED

Thanks to Sen. Bernie Sanders for tweeting this quote from President Eisenhower: 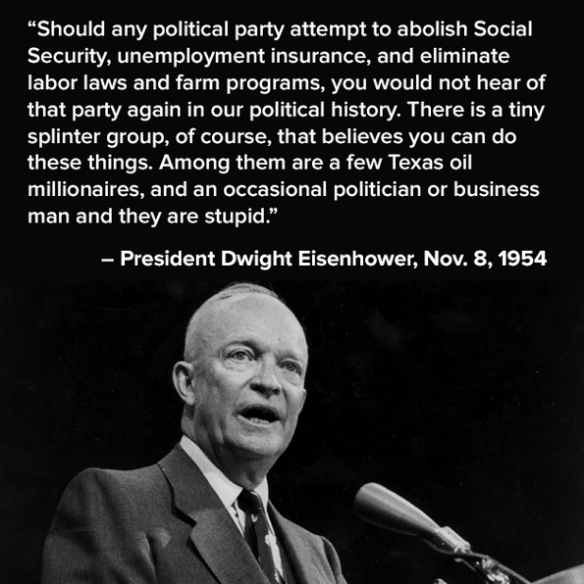 President Eisenhower’s quote needs only to be updated to insert “billionaires” in place of “millionaires.”

Fox News is already comparing the Petraeus Affair to Watergate. White House paralysis is gleefully anticipated at Fox, just days after the election. What did the president know, and when did he know it?

To what can we compare the misadventures of Gen. David H. Petraeus, director of the CIA, no less, and Paula Broadwell, his esteemed biographer from Harvard (and herself a former Army officer)?