It’s not exactly writer’s block. But I have chronic difficulty writing about exceptional  books and great American authors.

How long has it been since I promised to finish my review of J.K. Rowling’s “The Casual Vacancy?”  Is it a novel about small-town life, or hypocrisy, or intolerance, or poverty? Local politics gone crazy, or class warfare? Darned if I know. I’d have to read the whole thing again to sort it all out. (Rowling is British, but her story resounds in American culture.)

As I read the final page of “The Casual Vacancy,” I was struck speechless. Partly it’s a sense of grief that the book is over. Partly it’s awe at the author’s virtuoso performance. What can I say but, “Bravo!”? 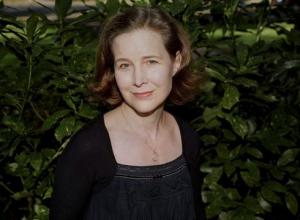 Among contemporary authors, Ann Patchett amazes me the most. I never wrote a word about Patchett’s “State of Wonder.” What could I say? What kind of story is it, science fiction? Corporate treachery vs. scientific deception? Human hubris? The premise is a discovery so unlikely that you find yourself believing it, combined with an adventure so implausible that it has to be real. Yet it’s all nothing more than a figment — an elaborate figment — of Patchett’s hyperactive imagination! (Patchett and the following authors are all American originals.)